Don't count a good actress out. ABC has apparently been able to make Chrishell Stause an offer she can't refuse. The actress, who has played Amanda Dillon for the past four years, was expected to leave All My Children next month. Now, she's signed a deal that will have her sticking around.

Chrishell Stause (Amanda Dillon) has had a change of heart. The actress will not be leaving All My Children, after all. As first reported by Soap Central earlier this month, Stause had made it very clear in recent weeks that she planned to leave All My Children at the conclusion of her contract. This was not a case of show executives wanting to cut the role and was entirely the actress' decision to bow out.

Last week, on the heels of taping what would have been her alter ego's swan song, show executives ramped up their efforts to get Stause to reconsider her decision to leave the show. A show source tells Soap Central that executive producer Julie Hanan Carruthers was so moved by scenes in which Stause's Amanda was supposed to give up her newborn son, that she went to bat for the actress in order to get the network to offer Stause a better contract. Those efforts apparently paid off because head writer Charles Pratt has announced that Stause has re-extended her contract.

Stause made her All My Children debut in May 2005. Her appearance marked the "aging" of Amanda from a teen to a young adult. Stause had originally extended her stay for three months, through September. The actress has since revealed on her Twitter page that she's staying even longer.

"Hey guys-You heard it here first," Stause tweeted. "I have decided to stay throughout the year at AMC. Thanks SO much for all of your Amazing support!!! -xoxo"

Stause notes that pilot season will not start until January, so remaining with All My Children for a few extra months will allow the show to play out the storyline involving the birth of her baby.


Related Information
Who's Who: Read a biography of Amanda Dillon.
About The Actor: Learn more about actor Chrishell Stause.
Family Trees: Scan the many branches of the Dillon family tree. ALL MY CHILDREN
DAYS' Chrishell Stause heartbroken by mother's death 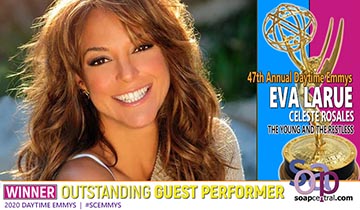 ALL MY CHILDREN
BET Awards name AMC's Michael B. Jordan as Best Actor of 2019 ALL MY CHILDREN
Why DAYS, AMC's Chrishell Stause might "live under a rock" during the personal third season of Selling Sunset