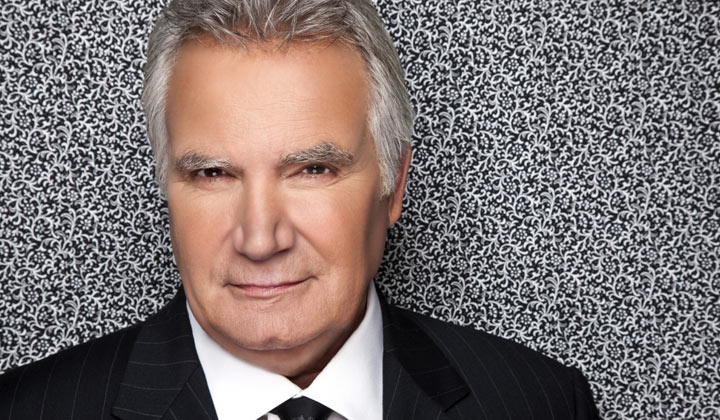 Brooke has earned a stake in Forrester Creations, because her belief did help propel the company to the next level, but the company was Eric's brainchild, not hers.

When I was little I used to watch the old black and white re-runs late at night of this great show that always had the primary characters in some weirdo opposite reality situation that was so crazy that you could hardly believe what you are watching. Then it dawned on me...it sounds a lot like B&B these days!! A strange world where nothing is as it seems and that's exactly what we got all last week. As a matter of fact, it's so nuts around here that I hardly recognize my favorite dysfunctional half hour of TV anymore!

Ok, so let me get this straight...Stephanie is willing to give up the farm to bring Brooke back to Ridge? Do my eyes deceive me? Why is all this even happening? Are we hitting that desperation mode where we write any crazy piece of crapola just for the sake of May sweeps? Geez, I could have thought of a hundred better ways to accomplish that rather than have all of us dragged down into this abyss of insanity. So the Golden Child nearly dies and we have this amazing bedside epiphany that maybe Brooke wasn't so bad after all. One kiss from her will bring my son back from the clutches of Death...oh, and I'll give her half the company stocks as a 'good faith' gesture, too. Good Lord...stop-stop-stop!!!! Stop the madness!!!

This is so crazy on so many levels that I'm not sure where to start. Ok, first this would devastate poor basement-bound Thorne who has waited his turn off-camera to get a shot at running the company. Now he is getting passed over again at the expense of Ridge's sick sexual obsession to have Brooke near him at all times. Now, did I really think Thorne would have a realistic shot at being CEO? I suppose not but I was still hopeful nonetheless. A 50% stock distribution affects more than Thorne, though. It affects the ownership stake of the Logan's vs. the Forrester's and quite frankly I think the Forrester's (by virtue of their namesake) should have the most shares. While this view may not sit too well with Brooke supporters, it just seems fair. Eric and Stephanie built the company for their children, period. Do I believe Brooke has earned a stake in the company...yes. Belief was huge and did take their company to the next level but the company itself was not her brainchild, it was Eric's. So the Forrester kids get to split half of the stocks and I can't imagine that will go over very well. Taylor will be livid as it affects her kids as well. Felicia, Kristen...everyone will be pissed! But the most telling of all...what will Brooke do? That's the question of the hour, huh?

Brooke could do a couple of things here. She could keep the stocks and use it to her advantage. She could keep her relationship intact with Nick, rebuff Ridge completely, and get her ultimate revenge in the process. Brooke could become the next big fashion mogul and do her best to 'x' the Forrester's out of everything. Or...she could say 'No thanks' and take Jackie up on her offer to partner with her boutiques. I worry that either way Nick will be hurt in all this unless he tries to help get the upper-hand. He will always be paranoid (as he should be) about Ridge's pull on Brooke and now to add insult to injury, Stephanie pulling her to her bosom as if she were a long lost daughter. My take on all of this? Brooke should tell her to stick that stock certificate where the sun doesn't shine and ride off into the sunset with Nick. She has all the support she needs from Jackie and could do anything she wanted in the fashion world...on her own terms and not as a pre-packaged lure from the one woman in the world that has caused her the most pain. I'd love to see a stronger Brooke that I could get behind and cheer for as a female character but if she folds, I'm done.

As for Ridge, I still stand by my earlier assertion last week that he faked the recovery part of his medical ordeal. Some have emailed me saying that he could not possibly have faked it due to all to the machinery he was hooked up to. Well, all I have to say to that is Stephanie did the exact same thing under the exact same circumstances. No one was the wiser and she magically woke up when she knew she had Ridge and Taylor right where she wanted them. Ridge did the same thing and I'll believe it until my last breath on this planet (ok, a little dramatic but you get the point!). I could have thrown up watching him wheeled out on stage with the puppy dog eyes looking up at Brooke with such vile satisfaction! UGH!!! 'Oh Logan, I'm so weak...please hold my hand and tell me that you love me and not the sailor! Don't leave or my heart may explode!' We couldn't get that lucky, could we? He is still being played by his Mommy and nothing has changed. Now she is just manipulating the situation to bring Brooke BACK instead of driving her away! Please tell me I am not the only crazed and frustrated viewer to see it!

I don't know....the whole world has gone mad! Now we have Dante and Felicia kissing? Wasn't she just flirting with Dr. Dimples a week ago? I thought the banter between them was taking a definite sexy turn or was I hallucinating? Now she is looking at Dante for a tumble out of nowhere!! But wait! We have to ask the age-old question that everyone on this show has asked at some point over the last few months...'What will this do to Bridget?' Bridget, Bridget, Bridget. Though I am growing increasingly sick of her very existence, the question seems appropriate here. Now poor Bridget will lose another man only this time to her half-sister. Maybe Bridget should think about swearing off men for a while, huh? She was born under a bad sign or something! But this whole Dante-Felicia thing stinks to high heaven anyway and I doubt anything will come of it. I really don't like them together. Not like I like anyone with Bridget but I could have lent my support to her with Dante. No matter what happens, Dante is too pretty to be alone for too long. He and the one shirt that he owns will find a permanent home soon.

I was glad to see Jackie kick Eric to the curb once and for all. The Waffle King needs to just stay put for a while as Stephanie's lapdog and not hurt anyone else along the way. I was hoping for some hot action between Jackie and Stephen but in light of the recent announcement about Patrick Duffy going recurring, I guess they'll be none of that! Another one bites the dust, huh? What a surprise! Go through all the effort to get a 'name' only to let them go a few months later. It's a shame as I really liked him in this role and saw some chemistry between him and LAD. Could have been on fire but instead we get rained on. Thanks Brad.


Boy, do I love seeing my favorite sea captain in a suit! I'm glad we will see Nick doing some important international conglomerate stuff each week! No wimpy dressmakers here!! I hope he uses his new clout to help steer Brooke in the right direction soon. However, I wonder when Massimo will slither back into the board room and fight Nick for control. You have to know it's coming soon! He's too much of a blow-hard to stay in the background for too long. Nick better watch his back!

Ok, show of hands...who got sick at watching that sappy and inherently insincere retrospective narrated by Stephanie? I just couldn't look...but not because I disagreed with WHAT was being said necessarily as WHY it was being said. Where was all this praise before? Are we supposed to believe it now? Since when did Stephanie ever look at Brooke and feel ANY of the things she said? How about those pictures? Seems like a thousand years ago. I would have to say that of the two of them (Brooke and Ridge), Brooke got the better end of the deal in the 'aging gracefully' department. She looks better today than she did then!


Question of the week: Do you think Brooke and Nick will get married? Short and simple.

I have a correction to make this week. In the last column I failed to list Taylor Forrester as a mom to be commented upon. I would say she is one of the better Moms on this show when you look at how she has raised those kids of hers. When she was alive (hehe) and around for them, she did a fine job in my opinion. She may draw the ire of many fans of this show for whatever reason but I have yet to have anyone tell me she isn't a good mom.

I had a fantastic email from Tonya last week who wrote - "...when Stephanie was telling Brooke how wonderful she was, I noticed I felt sick. Sure enough my blood sugar levels rose!!' I love it!! All that drivel would make anyone's sugar spike! If only Stephanie really meant it...