A look back, and a look forward 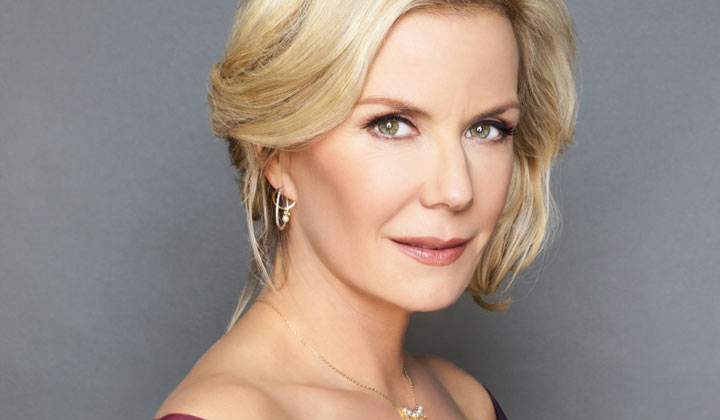 Having Brooke's character suffer through her traumatic rape may have helped the plots surrounding her, but it certainly did not help her character transform at all.

Well, last week I looked all across the land and pinpointed all the things that actually worked for me on B&B last year and now I reluctantly put the spotlight on what drove me nuts all year. And trust me, there was A LOT. But never fear...I also will look into my crystal ball and make a few predictions based on how things have been going the last few weeks. I'm hoping it will be a better 2008 needless to say.

WHY did they give Constantine so much time this year? Terrible actor, nonsensical storyline and nothing more than a promotional gimmick to help him hoc his music. BandB is a daytime soap that centers around the fashion world, not MTV. Waste of my brainpower to even watch it.

WHO on the writing staff thought the rape storyline with Brooke would be even remotely entertaining to watch. The scenes, albeit realistic I suppose, were too disturbing and probably should have been shortened a bit. Having Brooke's character suffer through this may have helped the plots surrounding her but it certainly did not help her character transform at all. Not to mention her using it as a tool to get Ridge to call off his engagement to Ashley. Don't get me wrong, I see how important it can be to bring socially relevant stories to daytime but I don't know...there was just something about this that really stunk.

WHAT kind of hospital makes an error SO bad that it causes donor eggs to be switched and throw everyone's lives (including the little baby) into turmoil? And just when we thought the Who's the Daddy stories were chronic around here but now we saw the unbelievable and crazy flipside of that between Brooke and Taylor. Just awful for Taylor...how much more is this woman supposed to deal with. She was already made a booze hound earlier in the year and now this? And having LA's worst doctor be the one who helped foul it up? Talk about the Perfect Storm of Idiocracy! The bad news now is that Taylor may be heading back to a liquor store near you soon. Geez....someone give ME a drink!

DID anyone in Sydney notice two half-naked people running through the city streets barefoot to the 'Crocodile Dundee' theme music? I have seen tons of silly on location scenes in my lifetime soap viewing but nothing that was quite that laughable. I think maybe the writers were going for that über-dramatic and romantic chase that you might see in some old movie. Well, it wasn't. It was actually embarrassing to watch. How did the actors do it without stopping every few feet to crack up laughing? One of life's great mysteries I guess.

WHERE has Kristen been during all this drama with Stephanie being shot? Characters like hers need to come back to give us a little variety...the Logans came back, right? Kristen is the missing link on the Forrester side of the fence and should be recast if the original actress cannot come back. Not to mention she could give us a break from all of Felicia's barking and whining about every perceived wrong that her mother is suffering. I hate that even her character has been reduced to this.

WHY does there seem to be a completely different set of rules for the Forresters than anyone else in the world when it comes to the law? Ridge can kill and dump the body and gets NO TIME at all but Storm shoots Queenie as an expression of his rage (oh Lord...I'll get to this later) for his father and he should be hung at the nearest gallows? What? Are you kidding me with the Forrester family hypocrisy? Ridge also can sexually assault Brooke while she was under the influence of prescription drugs but he made sure that Andy fried for his crime. Ok, maybe it's not exactly the same but it's just more of this giant Teflon suit that Ridge and his Mother wear that gets old after awhile.

WHY did Brad feel compelled to show a double standard with Brooke suffering through a rape, not calling the police and then having a PSA telling women to make sure we seek help? HUGE steaming pile of you-know-what. I couldn't believe the bad taste in that.

HOW many more times do we have to suffer through another Brooke and Ridge 'destiny' pukefest? Does it ever stop? I would love to know who is telling Brad that this is the great love story we all want to see for this paltry 30 minutes per day. Not me. I'd rather watch my grass grow.

WHY do we have to see so much inter-family spouse swapping? Let's see...if Thorne actually had a shot with Katie he would have slept with all the Logan women. Ridge almost got the sweep if he too had hooked up with Katie. Eric has gotten with Brooke, Donna, and even Beth. Felicia and Kristen need to get into the act soon to balance it out. Maybe Katie will end up a lesbian or Felicia will attack Storm....see, sounds a little gross, doesn't it? It's all just too gross. We need some new people that don't have the last name Logan or Forrester and quick! \

Now that I have done my fair share of whining and complaining, it's time for my predictions for 2008. Let me dig out my crystal ball and take a look...

I think we will see the Brooke and Ridge thing collapse again, Nick's character take yet another hit when he leaves Taylor for Brooke and takes the baby with him due to her alcoholism relapse, and unfortunately Eric marrying Donna (somehow). I doubt we will see Storm, Stephen, or Katie much longer which would be really unfortunate as I love having these actors on the show. If Ashley doesn't get the boot (I hope not), I'm sure it won't be long before she is trying to get Ridge back when Brooke gets sucked into being Mommy with Nick and little Jack. Then again, let's be honest...with the writers strike still ongoing and scabs probably coming in to work the keyboards, who knows what the heck we will see. Some say the writing may actually improve due to having people around that are not obsessively stuck on repeating old storylines.

I hope everyone has a wonderful holiday season and thank you all for your emails throughout the year. I do this every week to not only give me an excuse to write all the time (which I love to do) but mostly due to the incredible readers I have that challenge me and entertain me as well. May 2008 be your best year ever and keep filling my inbox with your thoughts!!