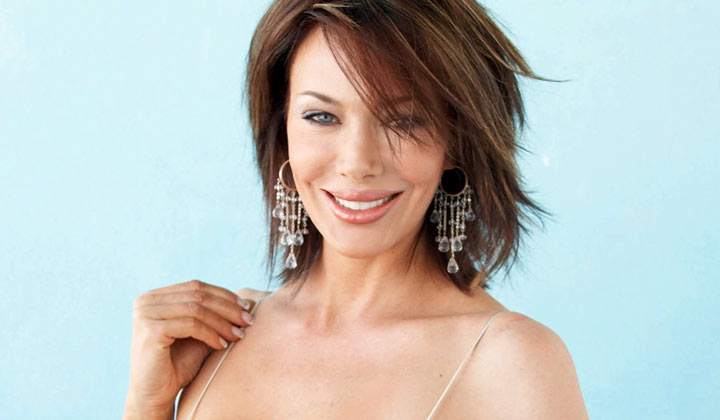 Brooke and Taylor have each garnered a long-standing, loyal fan base over the years, as the writers have been pitting them against each other over and over again.

You know, over the 5 or so years I have been writing this column, I have truly lost count of the amount of emails I have received from viewers that have firmly put themselves in either the 'Taylor' camp or the 'Brooke' camp. Each character seems to have garnered a long-standing loyalty over the years as the writers have been, in one way or the other, pitting them against each other over and over again. It's one of the things you can count on, like the sun rising in the East or Britney spears missing a court date. That said, as I watched this week's episodes, I began to wonder why we keep going back to this well and if it's really helping the show.

Back in the Stone Age of B&B when shoulder pads and big hair was still the norm, the feud between Taylor and Brooke centered on their crazy obsession with Ridge. Brooke ran around every scene screaming that they were 'destined' to be together and that Taylor was too saintly for the wild and carefree eldest Forrester. Taylor, by contrast, felt that Ridge somehow wanted to be more grounded and that Brooke was too trashy for her own good. Taylor was a psychiatrist and Brooke was, and I use this term SO loosely, a chemist (..cough...cough) so the argument could be made that they were both intelligent women who just had bad taste in men. Taylor had not been around the block as much and Brooke literally lived on the block (except she never had sex with a man just to deflower him before dying...a little creepy move for Taylor, I must say). Now fast-forward to 2008 and we have an entirely new reason for the feud to continue. Now it's not 'Who is best for Ridge', but rather 'Who is the best mother to little Jack?' Is anyone else out there tired of this? I know I am.

I think it's hard to compare these two and their maternal capabilities. It puts Brooke at an immediate disadvantage. Taylor's major parenting flaw, if you can call it that, was not doing more to abate the Thomas-Amber nightmare. I know she had just returned from the dead (again) but when she was back in the saddle at Chez Forrester, I'm sure there was more she could have done to run that tramp out of their lives. But other than that, as a parent, we could have all done a lot worse that having Taylor be our mother. Now, and you all know where I am going with this, Brooke has a lot of work to do in this department. And believe it or not I don't even count this recent loss of custody she endured as accidents do happen with kids and when a piranha like Stephanie is involved, Mother Theresa could feel inadequate as well. Hope and RJ are rarely seen but for the most part Brooke is written to be attentive to their needs. I am actually going back to how she dealt with her older kids. Rick was troubled from the start because Mommy couldn't stay out of the bedroom long enough to be any good influence on him (look at his relationship with Amber, the former babysitter for heaven's sake!) and Bridget couldn't even have her first marriage (albeit a train wreck) be unaffected by Brooke's presence. She slept with her son-in-law (and kept sleeping with him over and over) and had his baby while Bridget suffered the majority of the emotional turmoil over it. Brooke may be better now but boy, did she make Joan Crawford look like a saint.

But now we have a new wrinkle...this little baby has Brooke's DNA and was actually nurtured and given life by Taylor. Could this BE any more messed up than this? WAIT! I take that back...every time I say something like that, the writers come up with something even nuttier. This makes things a real mess because Brooke is being made to feel like Taylor could put the kid in constant danger and Taylor feels threatened at the very sight of Brooke near Nick and the baby. So how does this get any better? It won't. Now the writers have Taylor hitting the bottle and Brooke becoming June Cleaver. I don't get it. There is no decent resolution to all of this and now we see Jackie getting in the middle of it and making things even worse. No winners here and no satisfaction for either the Taylor camp or the Brooke camp. Both women are being made to look crazed and neurotic. I like Taylor and could like Brooke too but not like this. Not to mention how Nick's character is being hammered. He's screwed no matter what he does. He sticks by Taylor and Brooke fans will say he's being insensitive to the true mother of his child. He defends Brooke's concern and he is vilified as betraying his wife. He might as well pack it in now and leave on the Marlin for points unknown.

Don't get me wrong...I like female rivalries on soaps and have forever. They give us something to look forward to each week because let's be honest here, who doesn't like a good catfight? But this is getting so tedious now and I am definitely losing my stomach for watching it. If the scab writers are coming up with all this, they need to change course soon or more people will be jumping ship from B&B. I'm not looking for these two to be having lunch like best friends every day but this baby drama is becoming almost unbearable to watch.

Poor Ridge...just when he thought Brooke was all his AGAIN, Nick and Taylor have to ruin it for him. HA! Couldn't happen to a nicer guy! And I loved the speech Ashley gave him...she's right! Just when he thinks Brooke is focused on being Mrs. Forrester again, there is something that turns her head, only this time it's a baby. Ridge never should have dumped Ash...we can all see what's coming now! I'd make him beg, though, and do those praying jazz hands for about a week before I would take his sorry behind back!

Donna and Eric ended the week having what will undoubtedly be their 'goodbye romp' as she will have to tell him that her (~~wink-wink~~) sex addiction is too great to marry him. I still hope there can be some other way to deal with this. Stephanie will once again be getting away with blackmailing someone and suffering no consequence other than Eric STILL not coming back to her. I don't think he will and would probably prefer to be alone than be Queenie's husband. Really people, with all the nookie that Eric has been getting lately with Donna, would any man in his place go back to the Frozen Tundra of Stephanie's bed? No, not a chance. I think Donna will eventually get her man and I can't believe I am saying this but I am starting to believe that she really does love him. I know I should probably have my head examined for saying that but I really felt she was genuine when she told Stephanie how much she loved him.

I had few responses to my question of the week so I'll try another one.....How would you want to see this 'Baby Mama Drama' to resolve itself? Let me hear from you!!!