Maybe Stephanie and Ridge should get married 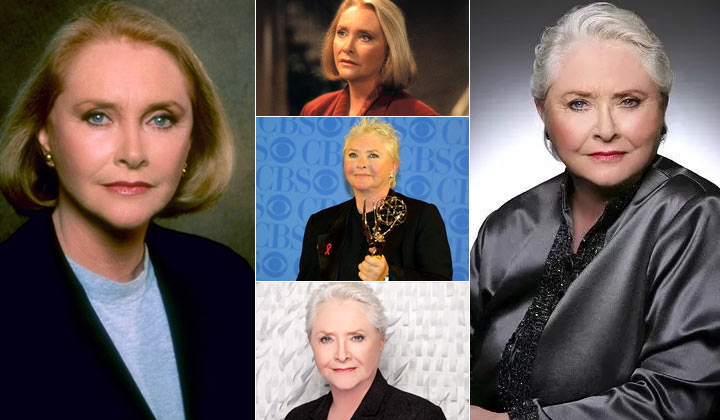 I know...it's a sick Freudian thing to say but after watching last week's shows, I have come to the realization that the Forrester Mansion is filled to the brim with king-sized hypocrites. Ridge and Stephanie spent the entire week throwing around words like 'justice' and 'trust' and 'integrity'. I laughed harder than I have in months listening to that load of bull. So maybe the Ice Queen and the Wooden One belong together, huh?

Ridge has big brass ones to walk around talking about how Storm should pay the consequences for shooting Stephanie yet his amnesia must be kicking in as he has forgotten how many things he has done and never even spent a day in jail. Gee, can anyone say 'Dumping a body in the harbor?' I guess that was ok...killing someone, throwing the body overboard, and not doing any time for it. Hmmm. And we all know that Mommie Dearest was pushing him all the while...imagine that. He seems to have been graced with the same DNA that Stephanie shares...its ok for me but not for you. Storm broke the law and yes, he needs to suffer the consequences but couldn't they just send him to the Nut Farm and let him cop an insanity plea instead? But nooooooo...Ridge cares about two people-his mother and himself. He everyone around him trying to work this out to make sure Storm actually gets help in all of this instead of being Tiny's girlfriend in the clink. Gee, I wonder how Ridge would have felt if everyone viewed him the same way? He would have looked rather fetching in orange, don't you think?

And Stephanie has got the biggest cajones of them all! For years she has blackmailed, manipulated and been an accessory to murder all in the name of 'protecting the family'. Well, really it has all been about protecting Ridge. I swear the writers have crafted the sickest Mother-Son relationship I have ever seen between these two. She screws up and causes unbelievable harm and he always looks the other way eventually (even after Stephanie's complicity in Brooke's rape). Hey, think about it...he got away with sexual assault himself by forcing himself on a woman who was drugged and I'm sorry but there is no way to sugar coat that one. Stephanie has now spent the whole week trying to convince everyone that she is doing this for her family (ugh---beating that same tired drum) and that she is turning Storm in because Donna went back on her promise. Let's analyze that, shall we?

Stephanie gets shot, knows who did it and lies to the police about it to get her husband back. So this really isn't about bringing a would-be murderer to justice, is it? It's her typical cover-up in order to get something else that she wants. She doesn't care about justice; she cares about her bruised ego. Everything Katie said Friday was right on the money...Stephanie has to have everything she wants when she wants it and screws anyone who gets in her way. Hmmm...I wonder how the cops will view her intentionally suppressing the truth about the shooter. That IS a crime, too, is it not? But in typical Grand Dame Fashion, no one will say a thing about it and she'll worm her way out of facing any consequences herself.

So, you have mother and son stuck so far up each others butts that they won't see daylight for another 10 years and the Logan's who, for better or worse, are trying to save one of their own. Obviously this will strain the Brooke and Ridge Show now that she is seeing his heartless side and she has lied to him. If she were with Nick, he might not be as rabid to throw the book at Storm, but that's just my theory. I hope it breaks Ridge and Brooke up for good this time. The less of those two roll around in the sheets looking about as bored as can be, the better. 'Let's rediscover ourselves, Logan'? UGH...someone please tell the writers no one cares if they EVER rediscover ANYTHING!

And what's up with Katie playing matchmaker? If she thinks Ridge is such a catch why doesn't she make a move on the Wooden One? If I were Nick I would have told her to hit the bricks and stay out of their business. And when will people stop saying 'They share a child together' as the reason that Ridge and Brooke need to stay together? Since when did that matter in the world of soaps? Everyone has been divorced on every show...sometimes multiple times! Big deal. Nick shares a son with Brooke now, too, but no one brings that up. Brooke shares kids with four different men...what's the 'news-flash' in that? Since when did that matter?

I'd love for Brooke to be the strong female lead on this shown that everyone wants her to be, not the wishy-washy and easily-led woman she is now. This ping-pong game between Ridge and Nick is so stale now that I have yet to hear from any reader that they actually enjoy watching it anymore. Now that the writers are back, I hope they really turn this show on its ear and give us a dimension to Brooke we have never seen before. No more being the victim, the tramp, the June Cleaver wanna-be...be strong, ballsy, confident and honest with your feelings. Make a decision and stick with it. In other words, pick Nick before your mentally unstable daughter makes her move!

And yes, I read the article about Susan Flannery seriously contemplating retirement in the near future and I am SO sad to hear it but not altogether surprised. Come on everyone...she has been on here since the days before Blackberries, IPOD's, and hybrid cars. I don't blame her. She is one of the best actresses I have ever watched on daytime and hers would be a void that would be impossible to fill. That will be a sad day indeed but we B&B fans have been lucky to have her all these years.

I asked everyone last week to let me know if the Ridge & Brooke romance has lost it's lustre and imagine that....everyone agree it has. Well, maybe one or two folks said they still believe they are the bedrock couple of B&B but I don't buy it myself. As stale as last week's bread...I wish we as viewers could finally have a new couple to cheer on. Then again, I may have a better chance of seeing Lindsay Lohan win an Oscar than see Ridge and Brooke done forever.

This week's question: Are you happy to see the Logans sharing center stage with the Forresters? Are we getting too much or not enough of them?

Stay tuned folks because next week's column will surprise many of you...this situation brewing with Taylor and the baby has already got me fired up, so watch out! But I am ultimately holding out hope that by the end of all this upcoming craziness surrounding baby Jack, Nick and Brooke might have a shot to be together...after all, 'THEY SHARE A CHILD'!!!!!! Hahahaha...I couldn't resist! It is the single most over-used catch phrase in B&B history, right? Well, gotta run...going grocery shopping with my husband. I have to you know...we share a child together, too.

Georgia thinks: 'I think it is so disgusting watching Eric act like a young stud and even though he has to use Viagra to keep up the farce, and even forgive a felony to keep his mistress. Too bad someone couldn't how him a video of him and Donna together so he could see how ridiculous he looks. He looks so much more believable with Jackie....not near as silly looking.....' I agree...it was painful to watch him act like a 17 year old horndog all week!

Alayna says: 'So, as such a long-time fan, I've always liked Ridge and Brooke together because that was the whole crux of the show. Lately, all we hear about is destiny and fate (it could apply to Ridge or Nick, depending on Brooke's mood). I have to say the lustre is gone. It's been too wishy washy for too long. Let's let Brooke be with Nick for more than a second and give Ridge a new love interest (maybe Ashley again, I really liked them together). Brooke can take the kids and raise Jack with Nick. Also, let's get Taylor a love interest her own age - that isn't her daughter's ex. One other thing...didn't the scene with Eric hanging out on the roof just make you laugh out loud!?! Keep up the good work, I love reading your work.' Thank you!!!

Christine proclaims: 'My question is why is Ridge back protecting his mother - isn't she the same woman that was responsible for sending Andy over to Brooke's that night that savage attacked Brooke - I want Brooke to wake up and dump Ridge and MARRY NICK that is her true destiny!' Amen, sister!!!