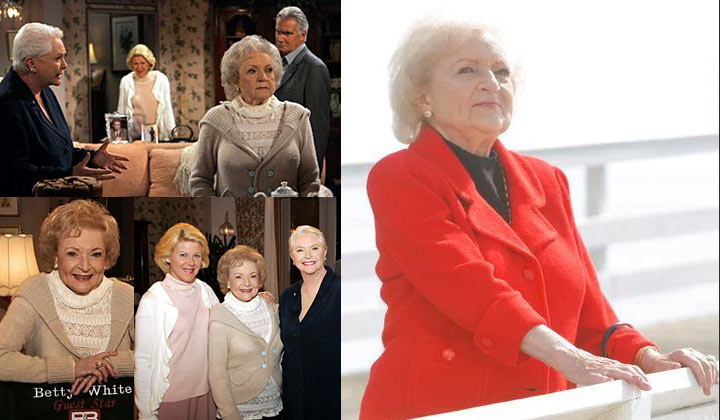 The Bold and the Beautiful's Betty White (ex-Ann Douglas) has lined up her next gig, and America will be treated to the football-centric TV slot tonight.

The 97-year-old actress, who has starred on everything from Golden Girls to an unforgettable Snickers commercial, is one of the main attractions in the peacock network's current push to bring broader audiences to its soon-to-launch season of the Sunday evening sport.

The promo spot, set to air for the first time tonight during a live telecast of NBC's America's Got Talent, features White talking about a looming Thursday, September 5, match-up between the Green Bay Packers and the Chicago Bears. She tells viewers, "There's only one thing more badass than this year's kickoff -- and you're looking at her."

Variety reports that The Mary Tyler Moore Show alum may not resonate with football die-hards in the same way that Aaron Rodgers or Pat Mahomes might, "but that isn't her mandate from NBC. Sunday Night Football is typically TV's highest-rated regularly scheduled program and the network is banking that White can help add to its regular crowd -- no mean feat."

White isn't the only familiar face scheduled to amp up interest in NBC football in the coming days. Former Green Bay Packers quarterback Brett Favre and a few members of Saturday Night Live will also appear in various promos set to run on TV and on digital and social media. Meanwhile, NBC personalities ranging from Today's' Dylan Dreyer and American Ninja Warrior' Matt Iseman will be seen talking about favorite football memories, and NBC Sports' Chris Simms will offer "football analysis" of NBC shows like Brooklyn 99, The Good Place, and Keeping up with the Kardashians. No word yet on whether or not NBC's Days of our Lives will be featured in Simms's football features.

What do you think about NBC snagging Betty White to help promote Sunday Night Football? We want to hear from you -- and there are many ways you can share your thoughts.