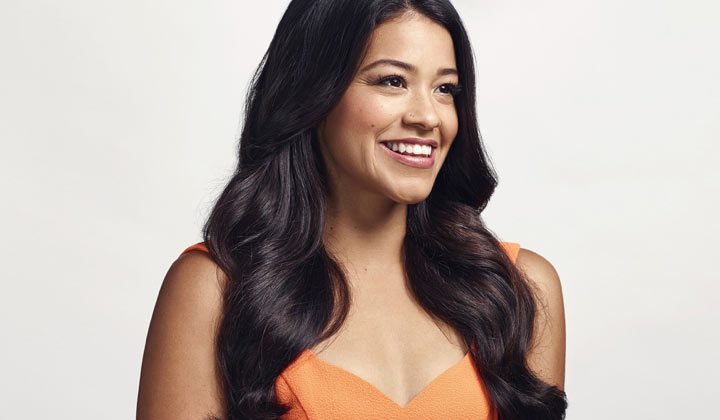 Pedro Almodovar's award-winning 1988 film Women on the Verge of a Nervous Breakdown is getting the TV treatment, with The Bold and the Beautiful's Gina Rodriguez (ex-Beverly) set to star.

Rumor has it Apple TV is working on a TV remake of the Pedro Almodovar black comedy Women on the Verge of a Nervous Breakdown, and they've tapped Gina Rodriguez (ex-Beverly, The Bold and the Beautiful) for the starring role.

The original 1988 movie -- which starred Carmen Maura, Antonio Banderas, and Julieta Serrano -- followed the romantic mishaps of voice actors who dub foreign films. According to the Hollywood Reporter, Rodriguez has signed on as Maura's character, Pepa, who resolves to kill herself with a batch of sleeping-pill-laced gazpacho after her lover leaves her.

Sources say Apple TV's serial version of Women on the Verge will feature a mixture of English and Spanish. Almodovar will executive produce via his El Deseo banner, while Rodriguez will also executive produce alongside her I Can and I Will Productions partner Molly Breeskin. Noelle Valdivia, whose credits include Masters of Sex and Smash, is attached to write the script and serve as showrunner should Women on the Verge move beyond the development stages.

Gina Rodriguez played the role of B&B's Beverly in 2011. She went on to find fame in the hit series Jane the Virgin, after which she went on to appear in Elena of Avalor, Big Mouth, Carmen Sandiego, Last Known Position, and the upcoming Lost Ollie, which also stars One Life to Live alum Jonathan Groff (ex-Henry Mackler).

How do you feel about Apple TV adapting Pedro Almodovar's Women on the Verge of a Nervous Breakdown into a TV series starring Gina Rodriguez? We want to hear from you -- and there are many ways you can share your thoughts.