Shock twist in store for The Bold and the Beautiful: "The show will never be the same!" 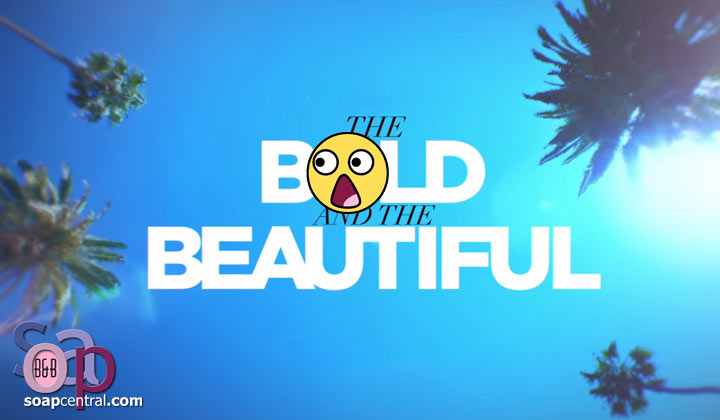 The Bold and the Beautiful supervising producer Casey Kasprzyk warns fans to brace themselves, because a game-changing, gasp-inducing storyline is coming to the CBS soap this spring.

When everyone behind the scenes at a soap opera is freaking out about upcoming story, you know something good is in the works. So, when both The Bold and the Beautiful's Krista Allen (Taylor Hayes) and supervising producer Casey Kasprzyk separately alerted fans to some "OMG!" material heading down the pipeline, ears perked up -- especially given that whatever is coming is said to forever change the face of the CBS soap opera.

During a recent episode of Kasprzyk's Bold Live, the producer couldn't help but touch on what the show has recently been filming -- something he rarely does, but just couldn't resist out of sheer excitement.

"I'm not allowed to talk about storyline," he began, "but let me just say, in about two months' time, The Bold and the Beautiful will never be the same."

Unfortunately, Kasprzyk wasn't able to reveal the specifics of the game-changing material that will be airing this spring, but he does hint that it will be bolder than your everyday B&B cliffhanger or shocking plot twist.

"There's something really big that's going to be happening, and... I wish I could tell you, but I can't tell you," he teases. "When it does happen, we're going to have a lot to talk about. I may have to have a special Bold Live just to catch up!"

RELATED: GH's Chad Duell makes statement regarding his split from B&B/Y&R star Courtney Hope, says "it's not what people think"

Krista Allen also recently teased about some particularly juicy material coming fans' way on B&B, and it's quite possible that she was referring to the same storyline as Kasprzyk.

"So... I watch the Bold & Beautiful story unfold as scripts come in, just like y'all do when you watch the air shows," she explained. "I just read the latest script, and .... OMG! Y'all are going to go nuts!"

Allen wrapped up her post with the tease, "[The] writers are brilliantly dishing out some gold!"

So ... I watch the BnB story unfold as scripts come in, just like y'all do when you watch the air shows ... and I just read the latest script and ....
OMG!!!!
Y'ALL ARE GOING TO GO NUTS!!!!
Bold writers are brilliantly dishing out some gold!!!
🙌🏼 🤐 🏆👀🤯#BoldandBeautiful

For now, it's really anybody's guess as to what core-rocking material B&B has in store for fans this spring. However, it might coincide with the soap's 35th anniversary, which will be taking place on Wednesday, March 23. Kasprzyk teases that something special is in the works for that date, as well, so keep checking back to Soap Central for updates as they come!

UPDATE (February 17, 2022): Casey Kasprzyk saw this Soap Central story -- and our fun B&B logo tease -- and had even more to say about the show's twist. For more on that, continue reading here.

What majorly shocking material do you think will forever change B&B in two months' time? What do you hope the powers that be are working on for B&B's 35th anniversary? We want to hear from you -- and there are many ways you can share your thoughts.