Every year, the brightest stars from the world of daytime television turn out for the Daytime Emmys, an awards ceremony that celebrates the best from the past year of daytime programming. This year, two of your favorite soap stars will be working the Red Carpet with Soap Central. 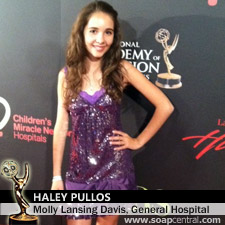 General Hospital's Haley Pullos (Molly Davis) and All My Children veteran Chrishell Stause (Amanda Dillon) will join Soap Central's Dan J Kroll to bring fans interviews with daytime stars and this year's nominees, to offer an eye-opening look at this year's Red Carpet fashion, and to get the behind-the-scenes stories that only soapcentral.com can bring.

Haley Pullos joined General Hospital in 2009, playing the role of the precocious daughter of attorney Alexis Davis. Haley also knows a little something about awards -- she's a four-time Young Artist Award recipient. Haley was also pre-nominated for a Daytime Emmy in 2011. 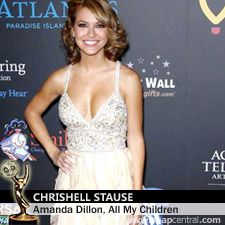 Chrishell Stause will go inside this year's Daytime Emmys to get the dish on one of her favorite things -- fashion. She'll get the skinny on who was wearing who and who had the most bling, and she'll offer her picks for Emmy Night's fashion hits and misses.

Chrishell appeared on All My Children from May 2005 through the series' finale in April 2011. She was pre-nominated for Daytime Emmys in 2008, 2010, and 2011. Chrishell is also a nine-time Soap Central Dankies winner.

For the second consecutive year, Soap Central will be partnering with VoiceAmerica.TV, a leader in streaming, on-demand programming. The partnership will make it possible for soap fans to connect with their favorite soap stars via exclusive video interviews.

Related Information
The Nominees: Find out who is nominated this year.
The Pre-Nominees: Which performers were voted their soap's best?
Last Year's Coverage: Review exclusive Soap Central coverage of Emmys 2011. 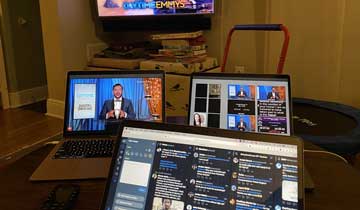 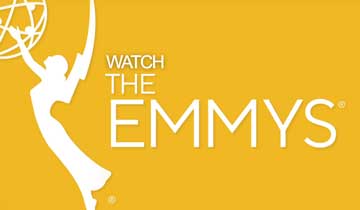 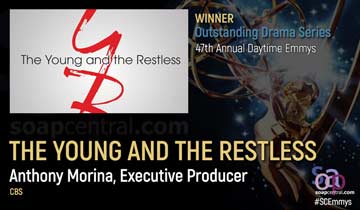 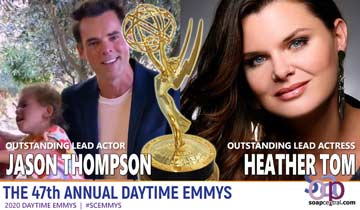