FOR LUKE FANS ONLY: Find out what you DON'T know about GH's Luke Spencer (Questions 21-30) 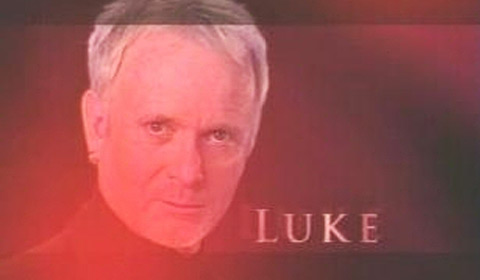 Do you really know all there is to know about General Hospital's Luke? We dare you to take part four of our Luke Spencer quiz to find out.

31. When Luke and Laura appeared on Roseanne in 1994, what was the storyline?

32. Anthony Geary's first scene as Luke happened in what location?

a. The hospital
b. A park
c. A bar
d. The Haunted Star

33. At one point, Luke was compared to boxer Mike Tyson. Why?

34. True or false: Some of Luke's biggest fans are prostitutes.

36. Luke tricked Tracy into marrying him by getting her drunk in which city?

37. Luke's daughter, Lulu, began acting out as a young adult in which of the following ways?

a. She stole money from the Quartermaines
b. She stole Carly's car
c. She was arrested for drunk driving
d. She had unprotected sex with Logan Hayes

38. After having been kidnapped by Heather, Luke tried to escape by doing what?

a. Lighting the cabin on fire so authorities would see the smoke
b. Head-butting Heather in an attempt to steal the handcuff keys
c. Throwing himself off a cliff while tied to a chair
d. Offering to take LSD and have sex with Heather

39. Luke married Tracy for the second time during Laura's favorite holiday, which was what?

40. Geary has played Luke Spencer on how many different soap operas?