The Brooks home at time of death

Married to Stuart Brooks at time of death

Had breast cancer, had a mastectomy; cured

Was unaware that she had a heart condition; eventually took her life

Jennifer was the wife of Stuart Brooks, owner/publisher of The Genoa City Chronicle, an upstanding citizen of Genoa City, loving husband, and was devoted to and very protective of his four daughters. Their eldest daughter, Leslie, an accomplished pianist, was very introverted and dateless because music had consumed her entire life. Next was 21-year-old Lauralee, who went by the name Lorie, and was going to college in Paris where she had led a life of sex, alcohol, and drugs with Brock Reynolds, the son of Genoa City's wealthy Katherine Chancellor. Daughter Chris, an idealistic college student who also worked at the Chronicle with her father, was a caring and thoughtful young woman. Their youngest, the red-headed daughter Peggy, was still in high school.

The very first episode of The Young and the Restless began with Stuart befriending a young drifter named Brad Elliot who had arrived in town penniless on a bus. Stuart gave Brad a job at the newspaper, and later approved of Brad's interest in his daughter Leslie. [The show, at that time, revolved around the contrast between the well-to-do Brooks family and the poor Foster family.] Liz Foster worked hard at her menial job on a factory assembly line at Chancellor Industries ever since her husband Bill had abandoned her and her young children seven years earlier. Her eldest son, William Jr. was called "Snapper" after his "snappish" personality. Snapper was putting himself through medical school with a part-time job, and as the "man of the family" contributed to younger brother Greg's law school, and kept a big-brotherly eye on his 18-year-old sister Jill who worked as a shampoo girl and manicurist to help support them all.

23-year-old Snapper Foster began dating Jennifer's 19-year-old daughter Chris. Although Jennifer liked Snapper, Stuart was not impressed with the young man who was continually disappointing Chris by not showing up for their dates, with excuses that he had been working late and had fallen asleep. While Chris was saving herself for their marriage, which was to be held after Snapper graduated from medical school, Stuart found out that Snapper was sleeping with Sally McGuire, a waitress at Pierre's Restaurant. Stuart told Chris, hoping to break them up, but Chris refused to believe him and moved out of the family home. Chris found a secretarial job working for Snapper's brother Greg's new law office. But when Chris discovered that Stuart was paying her salary, she quit, which disappointed Greg who had also fallen in love with her and had proposed. While job-hunting, Chris stopped for a hamburger at a singles bar, and met George Curtis. He offered to walk her home then raped her. Months later Chris became willing to make love with Snapper, but memories of the rape wouldn't let her. Snapper was understanding and supportive, but he still had Sally on the side. With Snapper and her sister Leslie's encouragement, Chris was finally able to file charges against her attacker. But on the witness stand Chris was made to look like she had not resisted, and Curtis was set free. Even more determined to stand by Chris, Snapper broke up with Sally and proposed to Chris. Chris and Snapper eventually married, but Chris had a miscarriage when she found out that Sally had just had a baby by Snapper. But shaky start that they had, Chris was Stuart and Jennifer's only daughter whose marriage ended up lasting decades.

Jennifer's eldest daughter was Leslie who fell in love with Brad Eliot who encouraged her to come out of her shell, and enjoy a very successful career as a concert pianist. Lorie returned from college, still carrying the same jealousy of Leslie as when they were children. Unable to spark any interest from Brad, Lorie started intercepting their letters and phone calls while Leslie was on tour. Lorie managed to convince Brad that Leslie was no longer interested in him, and she convinced Leslie that she had seduced Brad, which caused Leslie to have a nervous breakdown, freezing at the piano during a concert in New York City. After being led off stage, Leslie wandered through Central Park, her purse was stolen, and she wound up institutionalized for weeks with no memory. Eventually her doctor discovered who she was from a publicity photo and notified Stuart, who flew to New York and rescued Leslie.

Stuart and Jennifer secretly supported Leslie through her recovery in a sanitarium near Genoa City. Meanwhile, Lorie became engaged to Brad. After months of therapy Leslie was released. When Brad discovered what Lorie had done, he broke up with her, and he and Leslie got back together. Lorie quit her job at the Chronicle and published her first book, which Stuart editorialized as "a disgusting piece of trash". With Brad's encouragement, Leslie bought Pierre's Restaurant and turned it into The Allegro, a nightclub where she could perform without having to travel. Stuart and Jennifer spent many evenings at Allegro, proud of their talented daughter who was also singing there. Brad and Leslie then married. They honeymooned in Palm Springs where the Mid-America Symphony was performing. Brad had gotten tickets and arranged a meeting with Maestro Fautsch, who talked Leslie into resuming her career as a concert pianist. But Brad and Leslie later divorced.

Although Stuart and Jennifer appeared to have the perfect marriage, Jennifer received a visit from Bruce Henderson, a man with whom she had long ago had an affair. Recently divorced, Bruce begged Jennifer to leave Stuart for him. As Jennifer was breaking the news to her daughters that she was leaving, Stuart suffered a heart attack. Brad and Snapper were with him at the time, and saved his life. Stuart insisted that Bruce, who was a renowned Chicago cardiologist, be brought in to consult. Knowing that Stuart's heart could not stand the shock of her leaving, Jennifer stayed with Stuart and nursed him back to health. Her daughters kept her secret but were resentful. After Stuart recovered, Jennifer filed for divorce and flew to Chicago to be with Bruce. But after Jennifer was diagnosed with breast cancer and had a mastectomy, she decided that no one could love her so disfigured, that she left Bruce and returned to Genoa City. Stuart found out, and because he still loved Jennifer, they reconciled.

Lorie meanwhile continued to seduce men and break their hearts, or those of their wives, until she met Mark Henderson. Lorie and Mark fell in love and were to be married, until Jennifer told Mark that his father, Bruce, was also Lorie's father, making them half-brother and sister. Mark broke off the engagement, Lorie figured out her paternity with the help of Brad Eliot, and swore she would never forgive her mother. Leslie set Lorie up with millionaire Lance Prentiss to soothe her broken heart, and Lorie ended up marrying him.

Stuart's youngest daughter, Peggy, was by now a student at Genoa City University, majoring in journalism, and also had a part time job at the newspaper. Peggy became involved with her married college professor, Jack Curtis. Then Peggy, who was still a virgin, was raped. Having gone through it herself, her sister Chris helped Peggy, and Peggy filed charges against her attacker, Ron Becker, but he was acquitted. By then Jack had divorced his wife, and he and Peggy got back together. Still traumatized by the rape, Peggy was never able to have sex with Jack, but Peggy convinced Jack that a secret marriage would resolve her problems. Stuart, the ever protective father, caught Peggy spending the night at Jack's, and verbally attacked Jack. Peggy had to admit that they were married, and if her father would leave them alone she could get over her sexual hang-ups with her husband. Some time later, Jack, finally fed up with waiting, took Peggy by force. She told him he was no better than the rapist, and that their marriage was over.

Within a year of her reconciliation with Stuart, Jennifer died of a heart attack.

Who's Who in Genoa City

Family Trees: Scan the many branches of the Brooks family tree.

Contact the Star: Find out where to write to the stars of Y&R.

More Profiles: Read up on dozens of other past and present Y&R characters. 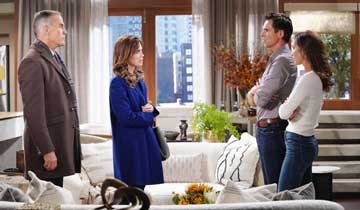 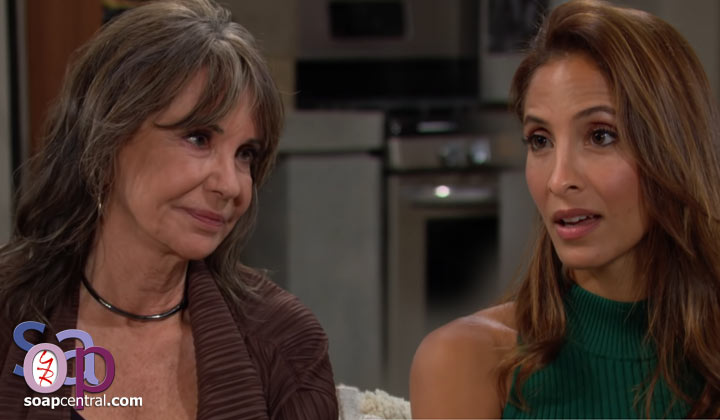 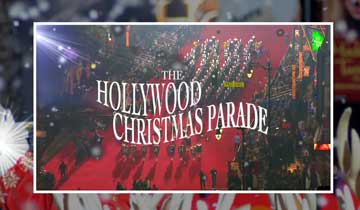 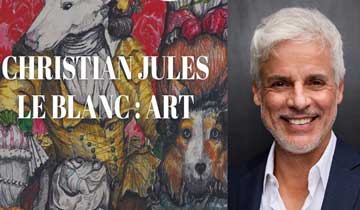 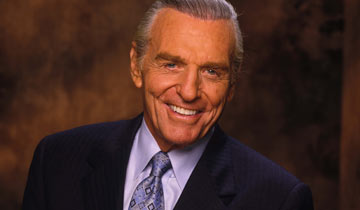 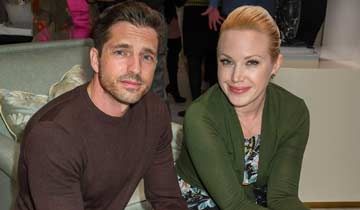 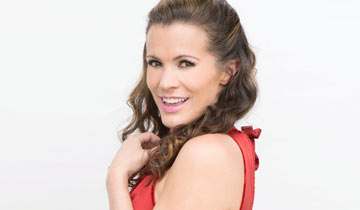 THE YOUNG AND THE RESTLESS
Melissa Claire Egan is celebrating 10 years at The Young and the Restless -- and she returns to Genoa City very soon! 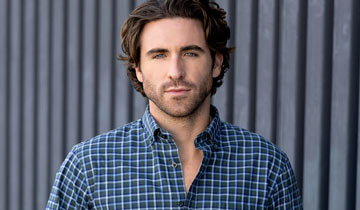 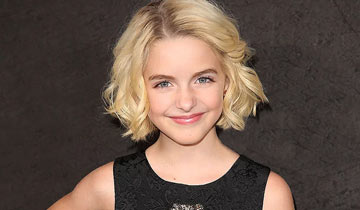 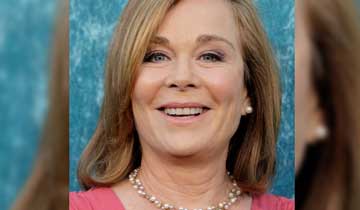 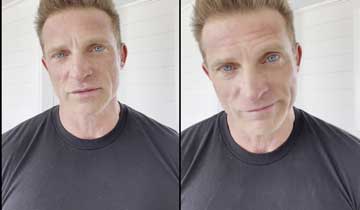 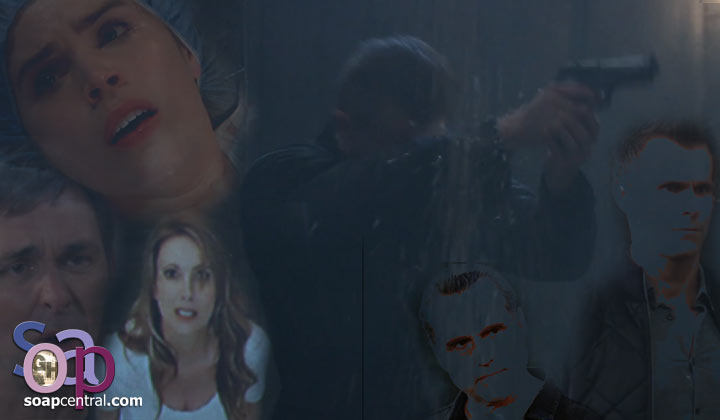 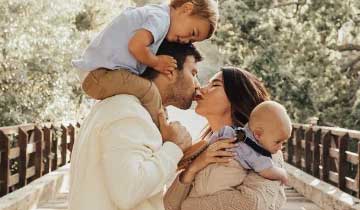 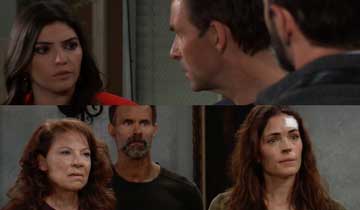 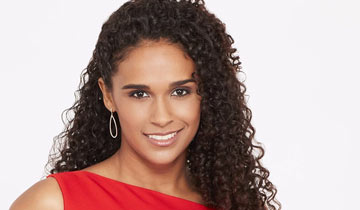 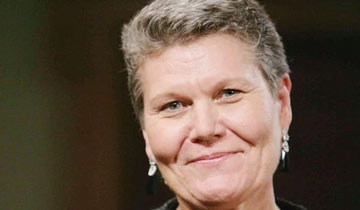 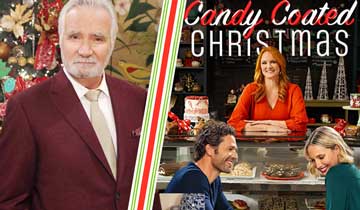