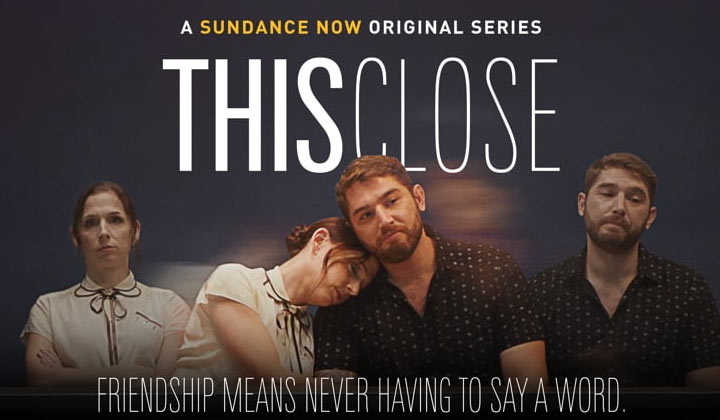 Season two of SundanceTV's This Close will feature guest-starring appearances by daytime alums Lisa Rinna (ex-Billie Reed, Days of our Lives) and Marcia Cross (ex-Kate Sanders, One Life to Live).

SundanceTV's This Close is set to debut its second season on Thursday, September 12, and daytime fans will recognize two familiar faces when the dramedy hits the screen. Lisa Rinna (ex-Billie Reed, Days of our Lives) and Marcia Cross (ex-Kate Sanders, One Life to Live) will be popping up on the series that originally premiered as a digital drama called The Chances.

This Close centers on two deaf friends named Kate (Shoshannah Stern) and Michael (Josh Feldman) who navigate life and love in Los Angeles. Season one ended with the pair at odds -- just before Michael got hit by a car. As reported by TV Line, season two will follow the friends "as they try to reboot their friendship while simultaneously dealing with their own struggles. Kate's past returns to haunt her in surprising ways as she finds her voice at work, while Michael tries to walk the straight and narrow but everyone sees the truth except for him. They'll need each other as old flames and distant parents return."

Before she became famous for shows like Desperate Housewives, Everwood, and Melrose Place, Marcia Cross starred as One Life to Live's Kate Sanders from 1986 to 1988. Her other soap credits include Edge of Night, where she played Liz Corell, Knotts Landing, where she played Victoria Broyard, and Another World, where she briefly played a character named Tanya. She can be seen in the upcoming Jane the Virgin spin-off titled Jane the Novela.

Lisa Rinna has played Days of our Lives' Billie Reed on-again, off-again since 1992. A current star of The Real Housewives of Beverly Hills, her other credits include Valerie, Veronica Mars, and Melrose Place.

Both Rinna and Cross are set to show up in the first episode of This Close's second season, which is set to premiere on Thursday, September 12, at 12AM/11C, on SundanceTV.

What do you think about Lisa Rinna and Marcia Cross appearing on the SundanceTV series This Close? We want to hear from you -- and there are many ways you can share your thoughts.