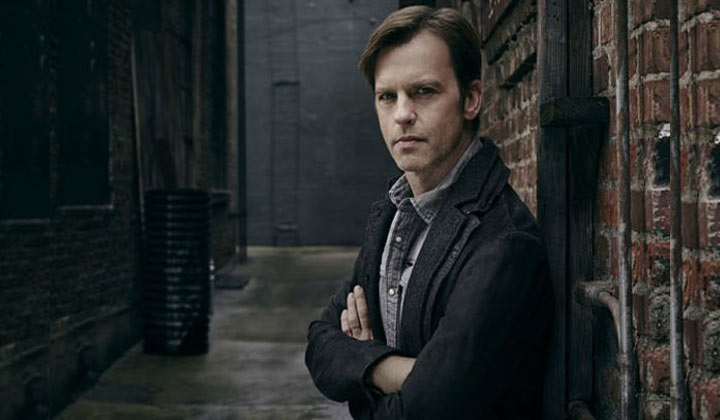 Any good soap writer knows the art of crafting secrets, ones that are kept from the audience and ones that are kept from characters. From the vantage point of a viewer, sometimes I ponder what my soap viewing experience would be like without the internet. As I've lamented before, the lea.k.age of secret spoilers weeks in advance can sometimes be a way to lure in more viewers to a particular week of viewing, but it can often spoil big surprises. I just wonder what my reaction would be next month in June when Carlo would return to the show if I weren't prepared for it to happen. Nonetheless, the secret was the name of the game this week on OLTL.

First, what a PLEASANT surprise to see Todd come clean to Blair about Margaret's raping him. Seeing Todd mature in small strides is such a refreshing change from the way he normally behaves. All Todd has ever known is how to lie and manipulate and keep the all-important secret, whatever it may be at a given time. But, Todd's drunken epiphany besides his father's crypt was just brilliant! When I heard that Susan Haskell was returning once again to her role of Marty Saybrooke, I wasn't sure what to expect. Quite frankly, I anticipated the character coming to Llanview after learning of Todd's experience and gloating or somehow connecting to him on a personal level. So, it was quite a pleasant twist to see that Haskell was returning as just a vision of Marty. Even though the dynamic of Todd and Marty will always be defined by the phenomenal acting chemistry between Todd's original portrayer, Roger Howarth, and Susan Haskell, I fully believed the scenes between Haskell and Todd's current embodiment in the likes of Trevor St. John. The barbs exchanged between Todd and Marty were just like those from the good ol' days. I was enthralled by every single scene these two shared together, and I even had one of those "Ah-ha" moments when Marty made Todd remember the fact that Marty's real name is Margaret. So, as she pointed out, Todd rapes Margaret, and Margaret rapes Todd. Talk about full-circle! Woah. But what I especially liked about these scenes is that the point of them finally came to be that Todd needs to share his grief and his guilt and his pain with Blair. Instead of keeping secrets and continuing to lie to her, Todd actually stepped up and told Blair the truth. They actually sat down and had an adult conversation as they pondered whether Margaret really could be pregnant (subsequent scenes suggest that Margaret is, in fact, carrying "Todd Jr.").

Second, the secret of Tess/Jess is bound to be revealed any day now. I absolutely LOVE, LOVE, LOVE the character of Tess! She is another breath of fresh air. Although Jessica's portrayer, Bree Williamson, has always been a capable actress, I never fully clicked with her in the role of Viki's daughter after the departure of Erin Torpey. However, with the creation of Tess, I am finally loving the scenes she is in! The way Tess becomes irritated and annoyed with the likes of Antonio makes for some great tension and some great moments when the two of them are together, as in their recent run-in at the club. It will be interesting to see how much longer Jess feels she can keep this secret from everyone else, and it will be fun to see the reaction of everyone else when they really get the chance to spend time with the real Tess instead of Tess-pretending-to-be-Jess.

But perhaps the biggest drama involving secrets involves our hopeful Lt. Governor, Daniel. Regardless of what you may have thought about him, this man has got troubles. Whew! Kills two people to protect his homosexuality, has an autopsy forged, marries a woman for the sake of public appearance...I can't see how Daniel could ever be redeemed after this! And it appears the brass at OLTL feel the same way since it is being reported in soap publications that Daniel and Riley are both being written out in June.

It blows my mind that Mark was so candid with Marcie regarding his affair with Colson. Marcie, while certainly empathetic, is certainly not someone who should be trusted not to spill the beans to anyone else; her "poker face" isn't exactly award-winning. But when the secret comes out about Daniel being gay, we viewers can expect big fallout! Riley discovers that his good friend Mark is sleeping with his father! Nora realizes she's been duped into a sham marriage so that Daniel can achieve his political aspirations! The citizens of Llanview realize that their Lt. Governor is manipulating people's feelings so that he can protect his sexual preference! Like I said, big fallout. I also really enjoy Rex and Bo teaming up to get to the bottom of Daniel's secret; Rex discovering that Ted is really Daniel's first name (with Daniel being the middle name) led to some great scenes between the two actors.

But this story isn't just about Daniel and Mark's secret relationship; we must not forget that Daniel is a killer! He first murdered Paul when Cramer found out about his other identity, and he brutally suffocated Jen when he felt pushed into a corner and needed her to take the rap for the Cramer murder. Imagine Lindsay when she discovers her arch-enemy's husband murdered her only daughter! I just can't fathom why OLTL would deem it necessary to let Catherine Hickland go to recurring status when they have struck a goldmine of storyline possibilities with the character. Lindsay's vendetta against Nora could become even more refueled, not to mention her ammunition of taunting Nora with the fact that she was duped into marrying a man involved with another man. Lindsay has a plethora of storyline opportunities. I am at a loss to criticize very much about the show right now, but this is definitely one of the biggest errs in judgment the show's head honchos have made!

This show is definitely in fine form for the summer. The show has become quick-paced, and the stories are evenly distributed among the cast. I have been glued to the screen for over a month now, and it's because the writers aren't trusting their best ideas with one story or with one core group of actors; it seems everyone on the show right now is immersed into one of several major stories going on, and I'm enjoying being along for the ride! Keep the secrets coming!