Soap Central The Bold and the Beautiful Days of our Lives General Hospital The Young and the Restless Other Soaps
Emmy winner shares harrowing health scare: I thought I was dying
GUESS WHO? Fan fave making a return after six years away | Emmy winner's stalker of 12 years gets jail time | DAYS now streams exclusively on Peacock. We have the details! | Stars' cryptic tweets have fans worried
THIS WEEK'S RECAPS   |    QUICK CATCH UP   |     Week of Sep 26    SPOILERS   B&B DAYS GH Y&R

One arrest to make 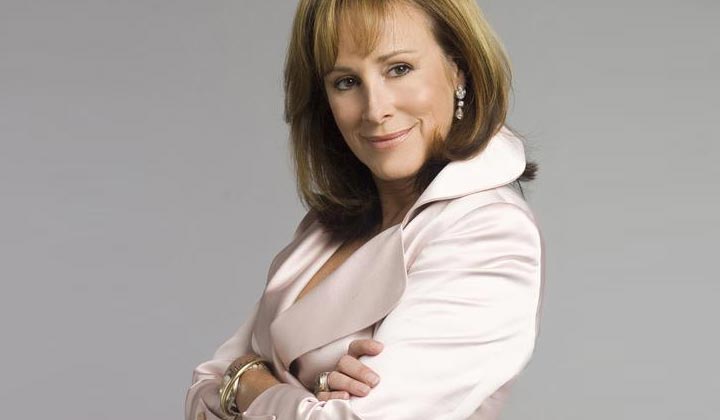 People were shocked, lives were shattered, and levels of intense emotion rose as Daniel Colson was arrested for the murders of Paul Cramer and Jennifer Rappaport.

People were shocked, lives were shattered, and levels of intense emotion rose as Daniel Colson was arrested for the murders of Paul Cramer and Jennifer Rappaport. In true soap opera form, the arrest was made in front many people and was broadcast on live television. Residents of Llanview watched their television sets, not believing what they saw and heard. I don't know about anyone else, but I can't remember a more eventful sweeps period for One Life to Live; I also can't remember the last time I was so thoroughly entranced by this show. While other storylines had scenes last week, the majority of the show and its characters were dedicated to the arrest of Llanview's infamous district attorney. Nora couldn't believe her eyes or her ears as Bo barged in on the ceremony and announced that Daniel was under arrest. She then had to learn, in front of everyone, that her husband was cheating on her with Mark. Riley learned that his father killed has girlfriend and was having an affair with his friend, Lindsay learned who took her daughter's life, and Kelly didn't know how to feel as she finally learned the identity of her brother's killer. We even saw reactions of characters that weren't directly involved. David couldn't stop watching and noted that it was true reality television, Todd was ready to cover the story, Viki watched with concern and disbelief, and Dorian was interested in juicy gossip. When a breaking news story happens in real life, this often how people react. They want to see the "dirt" and even feel relieved that whatever is happening isn't happening to them. It's a side of human nature that isn't particularly flattering, but it seems to be prominent nonetheless. Showing so many characters' reactions to what was happening made the seem more "real," as the whole town was engrossed in the fall of Daniel Colson. Now that everyone knows what happened, it's time for the fallout to begin, and it will be big.

Other characters are deeply affected by Daniel's misdeeds as well. Riley feels like his entire world has crumbled. He is still grieving Jen's death, and then had to find out that his own father killed her. Riley has never been a major character on the show, so it is doubtful that we will see much more of him now that Jen is gone and Daniel will soon disappear. However, his reaction to finding out the truth was heartbreaking. He was mad at everyone and didn't know who he could trust. At the end of Friday's show, we saw him drinking, which will most likely be the beginning of a downward spiral, sending the character into rehab or just out of Llanview. It's a sad direction to take the character, but it is plausible, given Riley's past. Another victim is Mark. It's true that Mark was "the other guy," but he truly thought he and Daniel were in a relationship. Daniel, in my opinion, didn't see things the same way. He wanted to share a bed with Mark but didn't want to be seen with him. It's true that being gay and trying to have a political career at the same time seems to be futile. I am sure many people have thought about the situation with the former governor of New Jersey that happened last summer and how similar it is to Daniel's situation. However, Daniel seemed bothered by Mark, and Mark desperately tried to rationalize everything and believe that they had a future. Now he has to accept the fact that Daniel is a murderer. I can't see Mark sticking around in Llanview after this either; people will forever taunt him about Daniel, and the "scandal" will always be with him. It's too bad because Mark was a good character and was one of the few "Love Shack" people I actually thought would make a good addition to the cast even after the project concluded. However, it looks like it wasn't meant to be and Mark will be leaving. Another character that will be fading into the background is Lindsay. She has to deal with the fact that a man she once dated (briefly), murdered her daughter to further his career. Lindsay needs to confront Daniel and not have mercy on him. She lost so much, and it will be interesting to see if he can continue being stoic with Lindsay, a grieving mother, standing in front of him. Catherine Hickland has dropped to recurring status, so we will see less of her as time goes passes. However, Lindsay needs to see Daniel and let him know what's he done to her. There are even more characters that were affected by Daniel's arrest; they can't all be discussed. The stakes are high for everyone involved in this storyline, making One Life to Live a powerful show that couldn't be missed.

It's great that One Life to Live's Sweeps period made a long time viewer like me want to continue watching the show. I know there have been times when I have pondered why I continue to devote an hour of my day to watching (i.e. the Santi era). Keeping viewers is a good idea; no one wants to see the ratings drop. However, there is a larger question here. Did this storyline manage to attract new viewers? While not a new a viewer of One Life to Live, Dan J Kroll, the esteemed owner of SoapCentral.com, started watching the show more often because of this storyline and had this to say:

I have to say that I have been absolutely engrossed in One Life to Live since the reveal that not only was Daniel a killer - but also hiding the secret that he is gay. Okay, it wasn't exactly a secret because it was all over the covers of the soap magazines (even though Soap Central opted to keep it a secret so that folks who wanted to be surprised could still be surprised). So much is said about the declining ratings for the soaps, but I think this storyline proves that new viewers can easily be lured in. I watch One Life to Live every now and then because I like to keep up with all the soaps. Believe me, it helps when it comes to running this site. But this storyline has been compelling - even if you don't totally agree with it. I know that there are folks that are not pleased that a gay character has been written to be a mass murderer. There are also others that hate the idea that there even is a gay character on the show. Nevertheless, the storyline is something different for daytime and it has made for some really powerful scenes (i.e. Nora confronting Daniel while wielding a letter opener). I think it proves that a well-written or a decidedly different storyline can definitely appeal to the audience and even increase viewership - regardless of what those Nielsen numbers show.

I am sure there are other people out there that made the enlightened decision to watch One Life to Live in May and will continue to do so during the summer The show used a storyline that was cutting edge and different, and produced episodes that will people will remember forever. Soap operas are not dying, especially if they can produce the caliber of the storyline we saw during May. One Life to Live has devoted fans and is capable of gaining new ones. As we enter the summer, I am optimistic that One Life to Live will continue to be a show I don't want to miss, and with luck, other people will feel the same way.

Have a pleasant week!
Dawn

EMAIL THE COLUMNIST Send your thoughts to Dawn.
Two Scoops is an opinion column. The views expressed are not designed to be indicative of the opinions of Soap Central, its sponsors and advertisers or any network, program or production company. The Two Scoops section allows our Scoop staff to discuss what might happen, what has happened, and offer an analysis of these events. They stand by their opinions and do not expect others to share the same view point.