Tabitha and the gang enjoy Fluffy trying to have Spike as his last meal. Spike begs Tabitha for help and tries to tell her about the bomb in the house, but no one believes him. Instead of letting him Go, Tabitha decides to hold Spike and turns him over to Sam for his crimes.

Miguel, Kay, Pilar, Noah, and Sam mourn Luis' last night on earth since he is about to be executed. Luis is led to the chair while his family and friends look on. Pretty demands to speak to Luis and Pilar punch her out to prevent her from telling Luis. They then place her in an empty jail cell where she won't cause any more trouble. Luis' family and friends watch while he is prepped for execution, and Father Lonigan gives him his last rights. Luis' last words are that he is innocent and he tells the family to look out for each other. In addition, he tells Fancy to lead a full and happy life in honor of his memory. The lethal injection is being administered to Luis. On the other side of the jail, Vincent lies to Julian about Eve's whereabouts who he has just locked in a supply cabinet. Eve screams for help from the supply cabinet. She imagines Julian freeing her from the supply cabinet.

Gwen and Rebecca search for Ethan in order to prevent him from hearing the truth from someone else. Meanwhile, the prisoner continues to bargain with Ethan. He will tell him the truth about a son he has out there in exchange for Ethan representing him. Ethan grabs the prisoner violently, and before he could say another word, Rebecca runs up to him and places his hands on her bosom. Her excuse: she is granting the prisoner his last wish. The prisoner is shocked as is Ethan. Rebecca tells the prisoner that she will grant him his wishes if he keeps his mouth shut and not tell Ethan the truth. The prisoner agrees and tells Ethan that he knows nothing about him. On the far side of the prison, Sheridan proceeds to electrocute Theresa while Theresa begs for her life. Theresa is convinced that Sheridan has lost touch with reality. Gwen briefly sees Luis in the process of getting the lethal injection, and wonders where Theresa could be, so she goes looking for her. Meanwhile, Sheridan's explanation to Theresa is that Theresa has done some crazy things to get Ethan, so Sheridan has succumbed to the same type of behavior. Sheridan pulls the lever and watches in horror while Theresa is electrocuted. The energy used to electrocute Theresa has drained the power supply; consequently, so the warden interrupts Luis' execution. Theresa is still alive, and Sheridan wonders what has she done wrong since she believes that Theresa should have been executed. She realizes that she has to turn on the main power, and Theresa begs for her life in the process. Sheridan continues to tell her that she has to die in order for her to be with Luis. Theresa keeps telling her that Luis loves Fancy, and that pushes Sheridan further over the edge, so she pulls the lever, and Theresa cries in pain while the electricity travels through her body. In the execution chamber, the warden gives Luis some time with his family, thanks to Sam. Luis gets a reprieve because of the power interruption caused by Sheridan electrocuting Theresa. The execution of Luis resumes. He is receiving his final dose of injection. Gwen hears a noise and decides to investigate. She sees Theresa strapped to the chair, and she thinks it's a sick joke, so she touches Theresa, and her body absorbs a few electrical currents before freeing herself and accidentally hitting the off switch. She falls to the floor unconscious. Sheridan rushes to Luis' electrocution chamber and begs Vincent to save Luis because she killed Theresa. With an angry look on his face, Vincent ignores Sheridan's plea to save Luis. Ethan walks in the electrocution chamber with disbelief, and wonders where Theresa could be. Luis' friends and family look on while he is dying from a lethal injection.

Spike tries to convince Tabitha that he armed a time bomb in the house, and if they don't get out now, they'll all die! Moments before the bomb explodes, Endora uses her magic to stop the countdown, saving everyone's life.

At the prison, everyone mourns Luis, who has flatlined, the execution complete. Sheridan lays into Vincent for not following through with his end of the deal and saving Luis. Pilar has a crisis of faith, demanding to know how God could take her son from her. Pretty is disappointed she wasn't able to tell Luis her secret before he died, but takes twisted comfort in Fancy's grief.

After Ethan revives Theresa from nearly being electrocuted, she names her attacker: Sheridan!

In Tabitha's parlor, Spike pleads with her to let him out of the magical cage she has constructed. Tabitha, Norma, Edna and Norma chat as though he is not there. Spike tells them about the bomb he placed under Miguel's bed, but they pay no attention to him. They use Tabitha's magic bowl to watch events at the prison and they see Luis pronounced dead. Edna and Norma beg Endora to intercede and she does. She uses her magic to reverse time in the execution chamber, so Luis is alive again, 20 minutes before his execution. Elsewhere, time in Harmony has not changed.

At the prison, Ethan finds both Gwen and Theresa unconscious in the electric chair room. Theresa was strapped in the chair by Sheridan who turned on the electricity and left before Theresa was dead. Gwen came in and saw Theresa. Out of curiosity Gwen touched her and was jolted by an electric shock, which threw her against the shut-off switch, turning off the electricity and saving Theresa's life. Ethan tells Theresa that Luis is dead, but when they return to the execution chamber, Luis is alive. Ethan is confused but glad. Theresa accuses Sheridan of trying to murder her, but Sheridan remains mum. Everyone says good-bye to Luis again and the execution begins again. Vincent smirks and enjoys the hurt he is causing everyone.

In another part of the prison, Father Lonigan tries to convince Pretty not to tell Luis about her conflict with Fancy, so that Luis can be executed with his love for Fancy untarnished.

Back at Tabitha's place, Spike escapes his cage with help from the Boys in the Basement, but is recaptured by Edna and Norma with help from Tabitha. He finally convinces them that there is a bomb in the house. Tabitha finds it and they all play ‘hot potato" before Endora uses magic to toss it out a window where it explodes harmlessly.

Father Lonigan explains to Pretty that there are evil forces at work in Harmony, but that she's not one of them. He pleads with her to spare Fancy and Luis more pain.

As the lethal injection of Luis proceeds, Eve bursts into the room and halts the execution -- Luis is not the killer! Simone is distraught to see her mother trying to save the man who killed her girlfriend Rae. Everyone is shocked when Eve reveals that her own son Vincent committed the murders and framed Luis! It looks as if finally Vincent will pay as many secrets are revealed. Theresa decides to hold off on pressing charges against Sheridan... there has been enough grief today to last them a while...

Luis is ecstatic and can't believe that he is finally free. Fancy and Pilar tell him that they believed him all along. Fancy apologizes to Luis for ever doubting him, and Luis tells her to put it all behind her. Pilar tells Fancy to tell Luis the truth about Pretty before he finds out from someone else, and Fancy agrees. Luis, Fancy, & Pilar celebrate Luis' freedom. Luis still can't believe that Sheridan could stoop so low as to try to kill his sister, Theresa. Fancy is having second thoughts about telling Luis the truth since he reacted so badly over what Sheridan tried to do to Theresa. Meanwhile, Sheridan is convincing Pretty to undermine Luis and Fancy's relationship since she can't have him. Pretty tells Sheridan that Father Lonigan advises her that the best thing to do is to put it behind her and move on; however, all Sheridan wants is revenge against Fancy, so she will do anything to make that happen, including making Pretty bitter enough to want to hurt Fancy.

Eve goes to see Vincent in his jail cell, but he is not too happy to see her. She tells him that she could not see an innocent man die for his crimes. Vincent couldn't wait to make Eve feel guilty. He angrily tells her that she did not hesitate to discard of him since she is so ashamed of him. Vincent cares for no one else. All he cares about is what he has endured and wanting to punish others because of it, so no amount of comfort from Eve will pacify him. Eve brings in a psychiatrist to counsel Vincent, and Vincent tries to kill Eve by strangling her. The doctor manages to pry Vincent's hands off Eve's neck and tells him that the only way to avoid the death sentence is to work with her. Vincent hesitates at first but listens. Eve hugs him and tells him she loves him, and Vincent seems pleased to hear it since that's all he has ever wanted.

Rebecca tells Gwen that she manages to keep the prisoner quiet about Theresa's secret, and Rebecca worries about Gwen waiting too long to tell Ethan the secret since someone else could beat her to the punch. Gwen fills Rebecca in on Vincent's shenanigans, and she is stomped at the idea of Vincent being in love with Ethan. She questions if there is gay in the drinking water and wonders if everyone is suddenly going homosexual. Theresa is excited about Luis not being executed, but Ethan can't seem to forget seeing Luis being executed. He knows what he saw, but at the same time, he cannot make sense of it. Ethan can't understand why Theresa won't press charges against Sheridan, and Theresa tells him that she understands since Sheridan was trying to save Luis. In any event, Ethan wants to put it all behind him so that he can focus on marrying Theresa. Ethan formally proposes to Theresa, and she accepts. In addition, she tells Ethan that she wants them to elope. 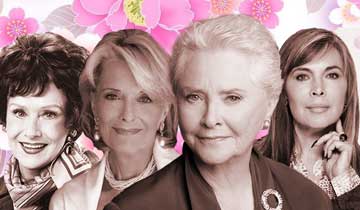 DAYS OF OUR LIVES
DAYS' Bristen: Hot or not? Eric Martsolf, Stacy Haiduk give their opinions DAYS OF OUR LIVES
Galen Gering wraps at DAYS DAYS OF OUR LIVES
LISTEN: Can you help a soap star find a killer? 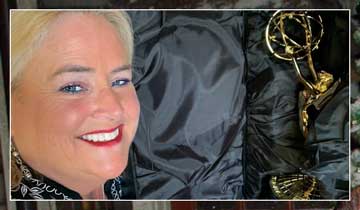 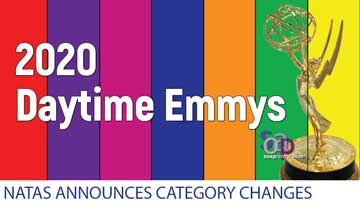 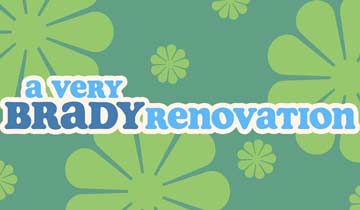 PASSIONS
Blow on set at Passions?! McKenzie Westmore tells all ALL MY CHILDREN
INTERVIEW: Lindsay Hartley on writing Lifetime films and what Theresa is up to now THE BOLD AND THE BEAUTIFUL
He played a demon elf on Passions, now Danny Woodburn is joining B&B 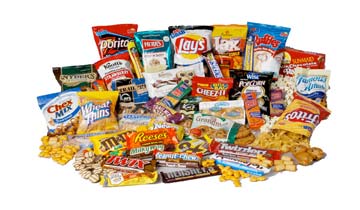